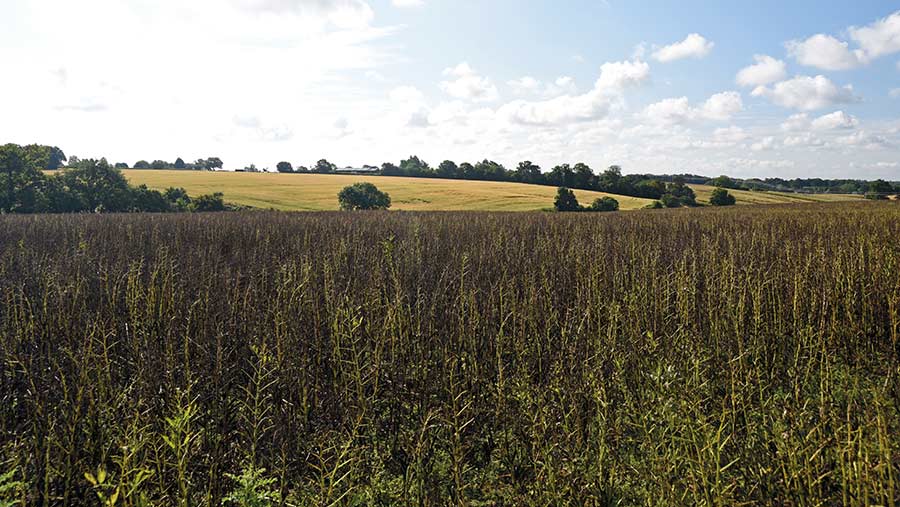 An Essex farm is to showcase how rewilding can generate an income for landowners, while enhancing biodiversity and the environment.

Landscape company Ground Control bought Grays Farm, in the village of Wethersfield, near Braintree, Essex for £2m in April.

The company will invest funds to transform the 120ha of arable land and woodland into the largest rewilding site in county and open a centre on the site to share the best biodiversity and sustainability practices in land management.

The Wildfell Centre for Environmental Recovery will be dedicated to helping landowners unlock the potential of their land to use it more effectively as part of industry efforts to reach net-zero carbon emissions by 2040 and boost biodiversity.

Ground Control, based in Billericay, will lead in the transformation of the farm into a research and training facility, providing guidance and hands-on learning opportunities in woodland creation, meadow and hedgerow restoration, and other biodiverse habitat creation, such as wildflower areas.

Land evaluation, project design and stakeholder engagement have already begun at the site, with initial woodland, habitat creation and restoration projects starting in 2022.

An important part of this process will be recording and measuring changes in green gain. To help standardise the process, Ground Control has started work on creating a single, independently verifiable biodiversity metric and certification program for land under its management.

Farmers and landowners will also be able to learn from evidence-based trials in sequestering carbon, while increasing biodiversity and sustainability practices relevant to their landbank.

Ground Control is a major landscape and maintenance contractor and currently cares for 55,000 commercial properties across the UK. Primarily, it works with large organisations such as Aviva, Fujitsu, Guinness, JLL and Network Rail to help them find ways to use land better and offset their carbon emissions. 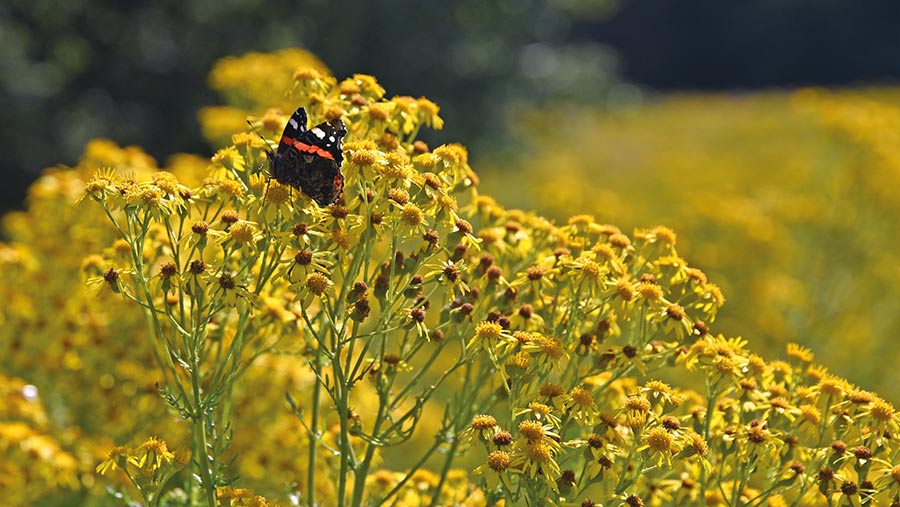 But the company also provides guidance to farmers and landowners on wildlife-friendly measures to help them rewild degraded land and conform to green schemes offered by governments.

Natural England chairman Tony Juniper has called for a national land-use strategy to ensure the right balance between food production and biodiversity conservation.

Mr Juniper said there are competing demands in England between housing infrastructure, industries including agriculture and tourism, and about 55 million people living in a relatively small area of land.

It is important to have a strategy that optimises all these areas, he added, otherwise there could be endless binary discussions between rewilding versus food production, housing versus green belt, beautiful landscapes against wind turbines.

TheEnvironmental Land Management scheme will offer a “spectrum of different schemes” with options for smaller and larger-scale farmers.

The Landscape Recovery scheme will offer opportunities for people with substantial land holdings, he explained, but also for groups of landowners and smaller farmers to come together to make joint applications.

Mr Juniper said the Local Nature Recovery scheme would be more akin to the current Countryside Stewardship scheme, while the Sustainable Farming Incentive will be support agriculture to deliver greener outcomes in more familiar agricultural landscapes.

Mr Juniper believes food production and rewilding can co-exist and the role of big herbivores, grazing animals is “absolutely central” to this ambition. “Can you align that nature recovery then with some meat production? I would think very much you can,” he said.

Landowners and representatives of these large organisations attended the official launch of the project at Grays Farm on Thursday 26 August – two months ahead of the COP26 UN climate change summit will be held in Glasgow.

It comes as the UK government appealed to landowners in England for applications to join its Landscape Recovery scheme, one of three new Environmental Land Management (ELM) schemes, alongside the Sustainable Farming Incentive and Local Nature Recovery.

She explained: “A key part of this process is identifying and increasing the environmental value of land through habitat creation and improvement to help reverse the decline in the UK’s natural environment.

“The Wildfell Centre presents us with an exciting opportunity to highlight the benefits of rewilding degraded land.

“Showcasing the best practices for habitat creation, biodiversity net gain and carbon sequestration will allow public and private landowners to re-imagine their landbanks and explore what they can do to maximise green gains and create a sustainable legacy for the next generation.”

Figures published by Ground Control show how the company can use the land to help generate more money from rewilding and non-food production than is likely from food production alone (see box).

In May 2020, Ground Control launched a £5m Evergreen Fund, dedicating 5% of the company’s annual net profits to environmental initiatives and carbon sequestration.

To date, the company has invested close to £1m in eight ventures and last season it planted 42,000 trees. The goal is to plant one million native trees. This is coupled with the £2m purchase of Grays Farm. 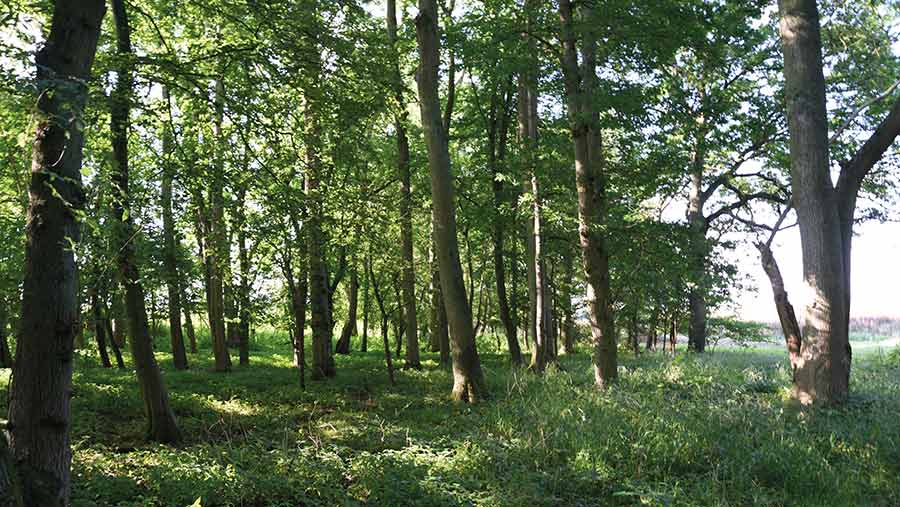 Chris Bawtree, woodland creation lead at Ground Control, said the company would be working with partners, such as the Forestry Commission and the Environment Bank, to transform the farm to support environmental net gain and nature recovery.

“We’re all incredibly excited by the opportunities this site presents for us,” he said. “We’re looking at significant areas of scrub, woodland edge, wildflowers, meadow grass, restoring hedgerows, returning hedgerows that have been lost over many years and maximising the potential of the ponds.”

The project will look at several environmental schemes and use the site to demonstrate what landowners can do on their farms too.

Mr Bawtree explained: “With farmers, it’s looking at that unproductive land or less productive land where there’s more financial benefit from converting to nature than battling against the elements, maybe on sections of sites.”

Tony Juniper, keynote speaker at the launch and chairman of Natural England, welcomed the project.

“Environmental ambition must today go beyond protecting what’s left of our natural world to embrace plans for its recovery,” he said.

“One vital aspect of what is needed are compelling examples of success to inspire more investment and action, including trailblazing initiatives from businesses like Ground Control’s Wildfell Project.”

Kate Russell attended a Defra online information session about the pilot scheme and said she was “disappointed” as it appears to be aimed at conservation organisations and larger bodies, rather than farmers.

“It seems to me to be all about creating, essentially, new nature reserves,” said Ms Russell, from Tellus Natural Capital, a newly established business that gives natural capital consultancy advice.

“In England, we’ve already got 26% protected in national parks, AONBs and nature reserves. They are clearly trying to get up to that 30% target and this is one way that they think they can achieve it.”

Ms Russell believes the scheme will require significant change in the use of land, which would not involve farming hand in hand.

Defra suggests smaller farmers who are interested in joining the Landscape Recovery scheme can set up cluster groups to submit joint applications.

But Ms Russell believes smaller farmers may be more suited by getting involved in the Local Nature Recovery scheme, which is the next step down between the Sustainable Farming Initiative (SFI) and Landscape Recovery.

Defra is inviting farmers and land managers to join the final online information session about the Landscape Recovery pilot ahead of the first wave of applications opening this autumn.

The last session will take place from 7pm to 8.30pm on Tuesday 7 September. For details, including eligibility criteria, visit Gov.UK. For those unable to attend, the session will be recorded and distributed online later.