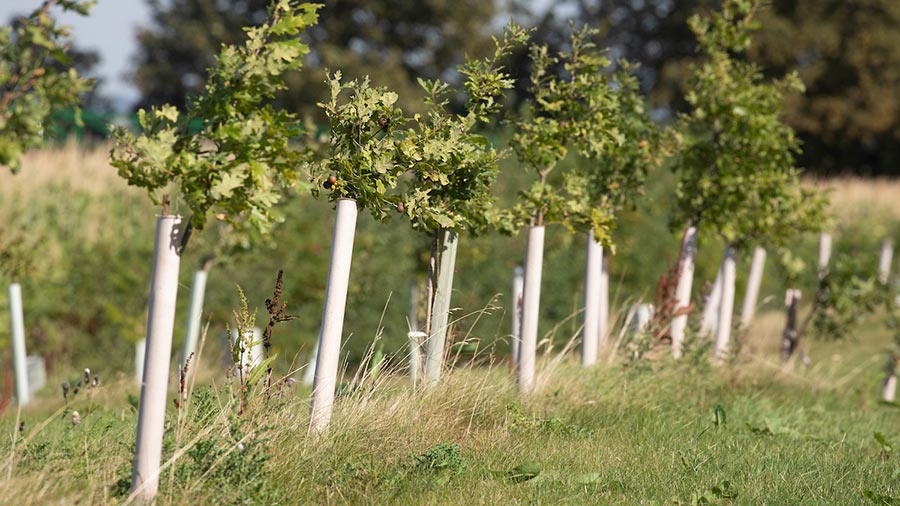 Defra is to invite hundreds of farmers to trial a new post-Brexit green scheme in England which will reward them for delivering environmental outcomes, such as planting hedgerows and improving soils.

The Sustainable Farming Incentive (SFI) is the first in a package of Environmental Land Management (ELM) schemes that will pay farmers public money for work to enhance the environment.

Defra secretary George Eustice provided an update on the new agri-environment scheme, which has been billed as a “stepping stone” to bridge the gap between CAP payment and ELM, at the NFU’s online annual conference this week.

See also: What farmers are thinking about the ELM scheme

The SFI pilot will be launched this October with the first tranche of 1,000 agreements. Ahead of this, farmers from a range of different farm types will be invited in March to express an interest in taking part.

Participating farmers will be able to choose from a range of standards based on specific features of the natural environment, such as grassland, hedgerows, water bodies or woodland.

Each standard contains several actions farmers can apply to their own farms to receive payment. But payment rates will be based on income foregone, plus costs.

Defra hopes the pilot will allow it to build on lessons learned so far from its ongoing ELM tests and trials programme, which began in autumn 2018, and has involved almost 3,000 farmers and land managers working across thousands of acres to trial a wide range of options.

The tests and trials programme has been testing individual parts of the future scheme, such as land management plans or different payment methods – whereas the pilot will test a working version of the scheme from start to finish.

Through the SFI, farmers will be paid to undertake simple, environmentally sustainable actions – ones that are easy to do and that don’t require previous experience in agri-environment schemes.

For example, Defra says it could pay farmers to manage and plant hedgerows to provide year-round food, shelter and breeding cover for birds and insects.

Then, in March 2022, Defra will roll out the SFI scheme to recipients of basic payments in England.

Mr Eustice told the NFU conference that it would be a “no-brainer” for farmers to sign up to the scheme.

“Every farmer, whether they recognise it or not, does have environmental natural assets on their home,” said the minister. “And we want to pay them and reward them for managing those assets in the right way.”

Who is eligible for the SFI pilot?

Defra wants to involve several hundred farmers in the first phase of its Sustainable Farming Incentive pilot, from a range of farm types from across England.

Farmers are only eligible if they:

In March, Defra will invite farmers to submit expressions of interest to take part in the pilot by completing a short, simple online form.

Once enough expressions of interest have been received, Defra will invite farmers from a mix of farms and locations to make a pilot application. If they are oversubscribed, farmers will be selected at random.

People who have been invited to apply will need to prepare their full application. If they’re eligible, they will then enter into a pilot agreement. The first agreements will go live in October 2021.

Following the successful pilot, by June, Defra will publish information about how the scheme itself will work, including what farmers can get paid for and how much.