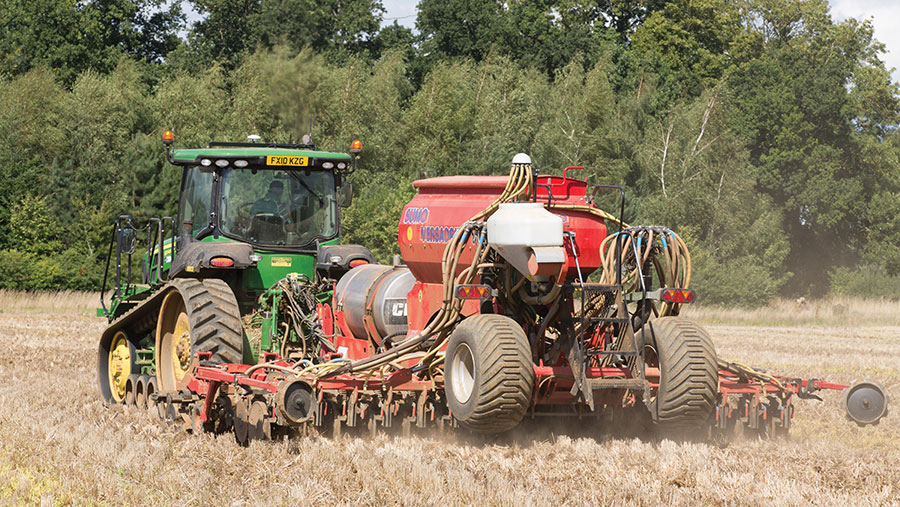 Arable farmers will have a key role in helping the farming sector become net zero within 20 years, by locking up carbon and making better use of fuel and fertilisers.

In late 2019, the NFU unveiled its aspiration for the farming sector in England and Wales to become net zero for greenhouse emissions by 2040.

It came amid increasing pressure to tackle climate change, with the UK government having already passed a law with a target of the country being net zero by 2050.

See also: How to avoid the top 5 nutrient deficiencies in OSR

This autumn, Defra is expected to publish a greenhouse gas reduction plan and the UK is hosting a major UN summit in Glasgow.

The supply chain is also moving in this direction, with M&S aiming to be net zero within a decade.

So where does farming fit in? NFU climate change adviser Ceris Jones pointed out at the recent Association of Independent Crop Consultants conference near Towcester that agriculture currently accounted for 10% of UK greenhouse emissions.

Half of this is methane, mainly from ruminants, another 40% is nitrous oxide from soil and the rest is carbon dioxide.

One challenge is that emissions from farming are difficult to manage and measure, she says.

There is recognition that agriculture will reduce emissions more slowly than most other sectors of the economy, with the proportion rising to 25-33% of the total UK emissions.

This is because emissions from farming are different (biological) and the limited mitigation measures currently available. This could well change as new science and information becomes available.

The good news, says Dr Jones, is that farming is unique compared with other sectors in that it can take carbon dioxide out of the atmosphere and store it. This could, therefore, offer opportunities.

Alastair Leake, director of policy at the Game and Wildlife Conservation Trust, highlights that farmers are already capturing energy in wheat. “Farming is one of the few industries where carbon dioxide is an input.”

He points to a project that the trust has just completed where it looked at reducing the carbon footprint of bread by 30%.

However, how the end product is used has an effect on the overall footprint. For example, 30-40% of bread goes in the bin. “Toast it and you increase its carbon footprint.”

Therefore, there is a need to employ measures that store carbon longer-term.

So how can the farming sector become net zero? The NFU believes it is possible through a mix of three different areas:

She stresses that it is a whole-industry target, so not every farm is expected to become net zero.

“There are things that every farmer can do – it is a case of marginal gains.”

With Pillar 2, Dr Jones believes cover crops will have a role. However, she admits there are trade-offs. “For example, having bigger hedges will shade crops.”

Better use of fertiliser

Dr Leake says the first area where farmers can reduce their carbon footprint is by improving fertiliser use efficiency, as it accounts for 40% of energy input.

“Half of the nitrogen applied gives 80-90% of yield,” she says. Therefore you have to work hard to get good fertiliser use efficiency.

The problem is that to achieve the economic optimum, the efficiency of uptake drops off dramatically, and this means more is left in the environment to leach.

No-one is paying for that negative effect. If they were, it would alter the way we used the product, with farmers aiming for the environmental optimum rather than the economic optimum.

Dr Leake points to Denmark, where the government limits each farm. For high-yielding farmers, this would limit their productivity. As a result, Danish farmers work hard to conserve N.

“Consequently, they are now 80% N efficient compared with UK farmers at 60%.”

Another problem is that soils are being depleted, Dr Leake says.

The Norfolk four-course rotation had restorative and exploitation phases, with nitrogen and carbon being put back in the soil at points in the rotation. But farmers are no longer doing that.

One way is by the use of grass leys. “If you add grass leys to the rotation, you don’t necessarily need stock.”

He highlights that he ran a stockless organic farm for 10 years. “We mowed and mulched the grass and the worms processed it and put it back in soils. Feeding soil is a good way to increase soil carbon and also help fertility.”

Dr Leake is trying to persuade Defra that adding grass leys in the arable rotation should be an option in any new stewardship scheme.

There are large gains to be made by changing cultivation system, reducing the fuel used. For example, ploughing uses 175kW/ha, while direct drilling is a fraction of that at 40kW/ha (see panel).

What is happening in soil is also interesting, Dr Leake says. “Ploughing does release carbon, but if you look at nitrous dioxide, it’s the opposite picture.”

Ploughed soils are lighter and more likely to be aerobic. Emissions of nitrous oxide, which is a more potent greenhouse gas than carbon dioxide, are higher when soils are anaerobic.

So when converting this to carbon dioxide equivalents, there is no real difference between ploughing and not ploughing.

“It is not simply a matter of just paying farmers not to plough – care is needed in paying for the right outcomes in any scheme.”

However, over time in no-till systems, earthworm activity increases, bringing more air into soils, so this may negate some of the nitrous oxide emissions.

Much focus has been on sequestering carbon in soils, but work carried out at the GWCT’s Loddington farm has shown some interesting comparisons.

Opting for less-intense cultivations like zero-till will lead to a build-up of carbon in the surface layer. “However, as you go deeper in the soil profile, organic matter content is lower.

“With a plough-based system, you see the opposite as it buries organic matter 20cm,” Dr Leake says.

Consequently, the difference between the two systems is negligible. 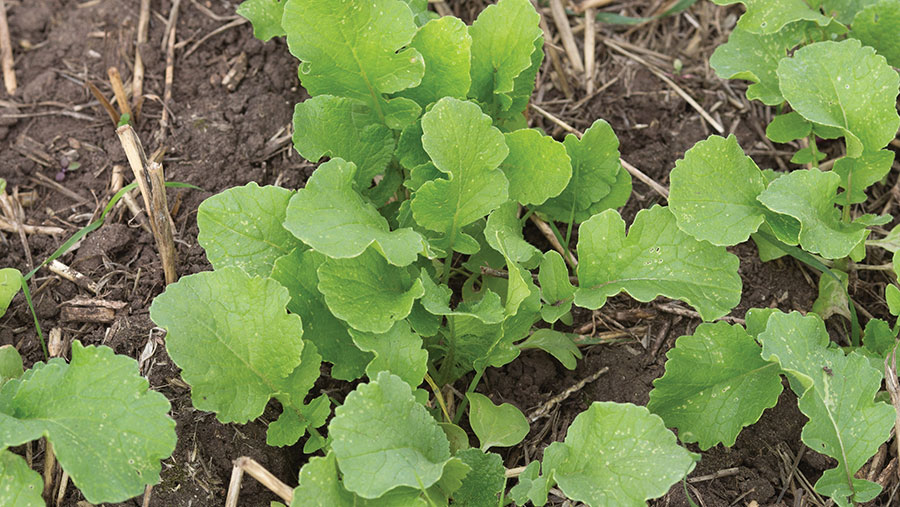 Some studies have shown a benefit with no-till, but sampling was not adequate (deep enough), thereby distorting the results.

Cover crops are good for locking up nitrogen and have greatly helped with blackgrass control at Loddington. Nutrients can then be taken up by the following crop rather than being leached.

Other measures at Loddington include installing plastic fencing made from recycled silage wrap, using straw bales as an insulation material in buildings and heating offices with a biomass boiler.

The white paper is a starting point and it will need significant changes and collaboration to achieve the target, says Dr Jones.

“There are a range of things we’d like to see happen, such as a new productivity scheme in addition to Environmental Land Management, as well as government support for our proposal for a ‘net-zero pilot’.”

Tips and advice in the FWi Know-How centre