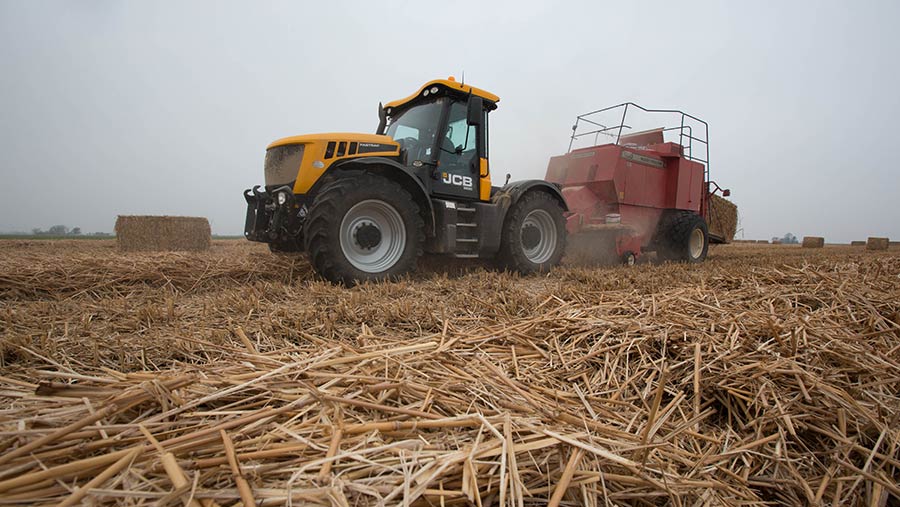 Bioenergy crops have the potential to fill the income gap resulting from the phasing out of Basic Payment Scheme funding payments in the coming years, and they also bring other benefits such as improved soil health and grassweed control.

In the first quarter of 2021, biomass supplied 7.5% of Britain’s electricity and 20.5% of the renewable energy (electricinsights.co.uk). And demand is only likely to increase.

The most prominent driver of bioenergy crops is climate change, according to Emily Norton, head of rural research at Savills.

“The general shift away from fossil fuels is creating demand for all forms of renewable inputs, and biomass crops are one of those,” she says.

“Biomass is going to increasingly be perceived as a renewable fuel. Leveraging that shift will be about understanding its growing demand.”

Although other renewable sources are often considered the big hitters, these are weather dependent, whereas biomass isn’t.

“It provides a different service in the renewable energy profile,” says Ms Norton.

Previous article in the Bridging the BPS Gap series

A lot of future technology around climate mitigation is focusing on bioenergy, carbon capture and storage, she adds.

“Biomass takes carbon stored by plants, burns it and recaptures the carbon dioxide, so we need to think about how to use that.”

A further consideration is how bioenergy crops can fit into current farming systems – especially on marginal or less-productive land.

“Short-rotation coppices of 15-20 years are an option, but farmers might want to consider others on a rotational basis. Miscanthus and willow are good for use on marginal land where cereals or root crops aren’t viable,” she adds.

According to Alex Robinson, chief operating officer at Terravesta, the industry is actively looking for more miscanthus suppliers.

But as miscanthus won’t produce a harvest until its second year, farmers need to have a contract. This should be with a fixed price, rising with the retail price index for 10-15 years

“For less-productive areas that may flood or face drought, it’s an option to secure a low-maintenance income, allowing farmers to focus on more-productive land.”

Plus, land won’t need to be tilled for 20 years, he explains.

Previously, growers may have been put off due to the high initial cash outlay – with 30ha costing £45,000 in the first year – but through a collaboration with Oxbury bank, Terravesta has made it much more affordable.

“It now costs £1,600/30ha in the first year, and growers can pay back on a per-hectare basis over seven to 12 years at a competitive rate,” says Mr Robinson.

“It takes out the massive upfront cost and cashflow juggling, so as soon as it’s yielding, you’re cashflow-positive.”

With crops earning farmers an average of £650/ha each year, it stacks up, he adds. “And carbon credits are up for grabs, too. We provide carbon data so farmers can either offset their own emissions or trade it.”

And because it provides cover during winter, miscanthus should work with the Environmental Land Management (ELM) scheme and possibly the Sustainable Farming Incentive (SFI).

“But even without future carbon trading, SFI or ELM, it’s already making £650/ha – so anything else will be on top of that,” he adds.

“It’s about having certainty, getting the most out of less-productive land and improving farm efficiencies.” 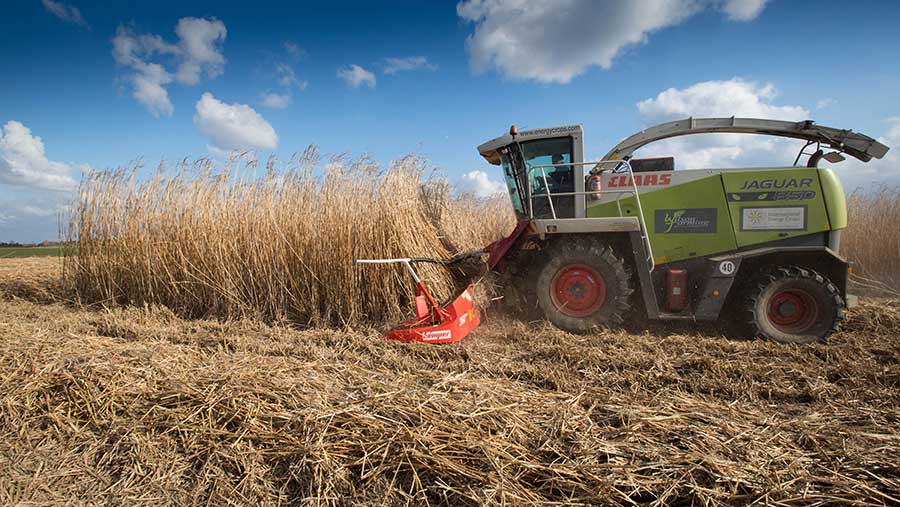 Reed is another option that is likely to link in with the England Peat Action Plan as it aims for more sustainable management of lowland peats, explains Andrew Teanby, associate director of rural research at Savills.

“Hemp also appears to have potential,” he says.

“It could fit into arable rotations as a break crop; its late sowing dates, due to frost sensitivity, would give plenty of prior opportunity for cover crop use or weed control. The main rotational drawback is likely to be its later harvest window.”

In France, hemp is used for several specialist and high-value products, but it may need a base market to underpin the crop while developing more advanced processing, adds Mr Teanby.

Existing woodland is also getting a boost from the demand for biomass. “This means it is more viable to actively manage existing woodland and use the waste products as biomass,” says Ms Norton.

However, she advises separating woodland for carbon credits and forestry for tradeable manufacturing or construction products for the time being.

“The Woodland Carbon Code is making it easier to establish woodland for carbon trading, but commercial forestry isn’t well suited to it. Undoubtedly, this will change over time, but at the moment it’s easier to keep them separate.”

For those starting to explore the potential of bioenergy on their farm, getting good advice is critical, says Ms Norton.

“Ensure it fits in with the rest of the business and will work in the future. If there are by-products, can these be sold? Are there biomass factories nearby? Can they collaborate with other farmers?

“There’s a general assumption that fossil fuel-based energy has to be replaced,” she adds. “So, logically, the demand for all renewable sources needs to increase.”

Based at Tillbridge Farms in north Lincolnshire, Adam Bradshaw opted to plant miscanthus on his less-productive land, as well as using stewardship scheme options. 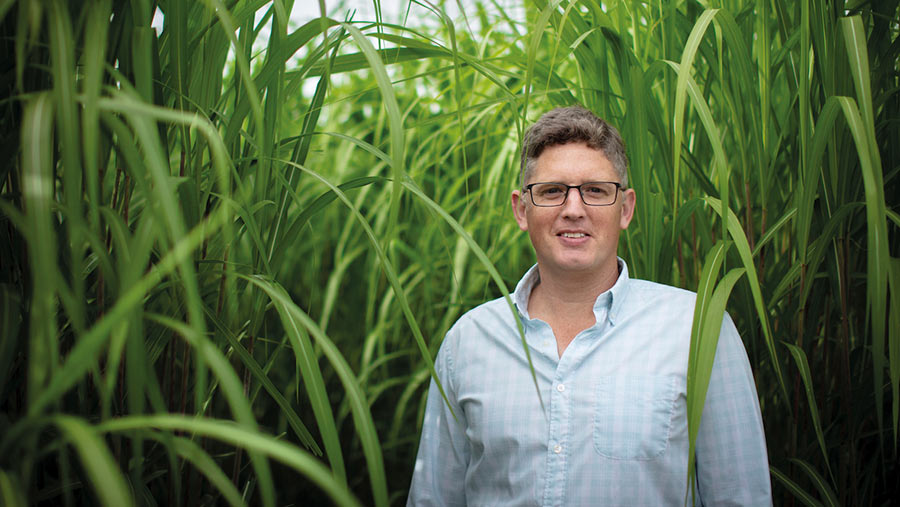 Having had persistent issues with blackgrass, combined with poorly draining fields, the loss of oilseed rape from the rotation and late wheat drilling windows, he saw benefits in trying something different.

“We decided to plant 20ha of Terravesta’s Athena miscanthus in 2019, and not only has it delivered an average return of more than 9t/ha in its second year, we have seen record-breaking wheat yields of 10.3t/ha because we’ve concentrated our efforts on the productive land.

“Miscanthus seemed a radical choice, but since taking these fields out of the arable rotation we have seen our whole farm arable margin improve. And blackgrass levels in the miscanthus fields have fallen to almost zero,” says Mr Bradshaw.

Trying a new crop might seem a daunting task, but he had help and guidance from Terravesta throughout the crop’s life. Once established, the crop has no requirements, so other than getting contractors in to harvest and bale it, it takes up very little of his time.

He also anticipates that over its 10- to 20-year life cycle, it will boost the generally low organic matter levels in his soils. “The soil should be significantly improved and more resilient to the increasingly common extreme weather events.”

Due to its success, Mr Bradshaw planted a further 15ha of miscanthus this year. “It has reduced my working capital, and once the establishment costs are recovered – which should happen by the third or fourth harvest – it gives a guaranteed income.”

The margins won’t stack up while wheat is priced at about £200/t, but as the fields rarely produced a good crop, it decreases the risks, particularly given the loss of subsidies.

“Miscanthus has been good for our risk-management strategy and those fields now have no cultivations, no machinery costs and no inputs. It reduces risk, we’ve got less money tied up and once we’ve paid back the capital everything else is a bonus, for potentially 20 years.”