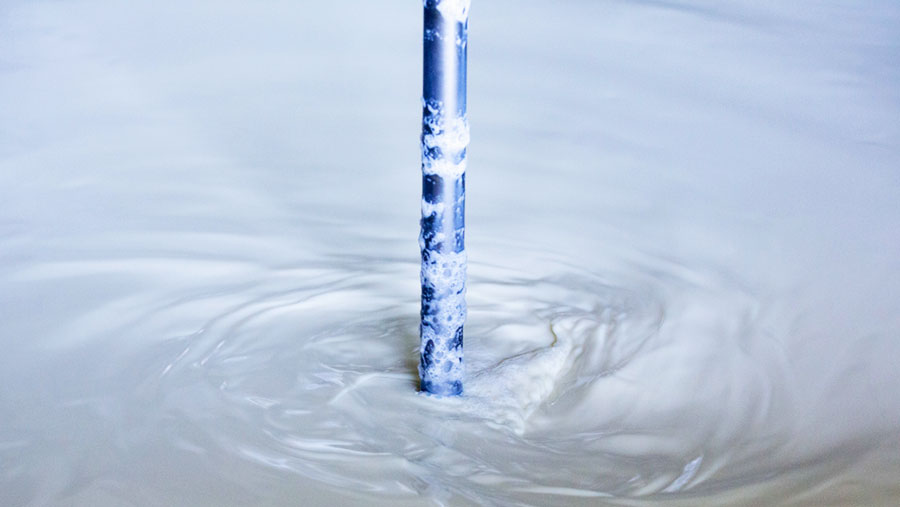 After remaining high throughout 2019, UK milk production looks likely to stabilise in the coming months, which should help prices remain relatively stable for the foreseeable future, according to Andersons’ Mike Houghton.

A smaller national herd and lower concentrate feeding than in the winter of 2018-19, combined with the continuing exit by dairy farmers from the sector, are all contributing to the expected slowdown in domestic milk output, he says.

Milk production is also declining in other regions, such as the Netherlands and France, while Chinese demand looks set to remain strong for the next few months.

“On the back of this, we’ve recently seen world prices increasing steadily,” Mr Houghton says.

One new challenge is the tariffs that have been imposed on various European products going into the US, because of the Airbus dispute, introduced this October.

This dispute has nothing to do with farming, yet many dairy exports are among those that will be subject to the 25% levy. For the UK, the cheese sector is likely to be hit hardest, as about 4% of total cheese exports went to the US last year.

It also remains to be seen how any market uncertainty and exchange rate fluctuations post Brexit will affect farmgate milk prices in the first half of 2020.

Of greater concern is the increasing polarity between liquid milk and manufacturing prices, which must be addressed, Mr Houghton says.

“It has been widely reported how difficult the liquid milk sector is, with some processors tied into unprofitable retail contracts. The fate of Tomlinsons’ Dairy is a stark illustration of this.

Muller is also reviewing its operations in Scotland due to having more milk than it requires from this region.

“Hopefully, during 2020, the major retailers will realise they need to allow adequate margins to be made by all elements in the liquid milk supply chain, including producers, if there is to be a healthy sector long term.”

Lower feed and fertiliser costs will help offset any decline in milk prices, but the profitability outlook for many producers remains tight due to inflationary pressures, particularly for labour and power costs, Mr Houghton says.

Longer-term, stricter emissions regulations (for example for ammonia) could increase costs for the sector, further contributing to the relentless creep upwards in overheads.

Labour is a key part of the predicted increase in overheads, as it becomes more difficult and more expensive for the dairy sector to attract and retain good staff in a tight UK labour market, Mr Houghton says.

A 2017 RABDF-funded YouGov survey of 2,000 adults found just 4% of those questioned thought the features of dairy farming were acceptable as a job role.

“With UK unemployment at the lowest level since the early 1970s, there are plenty of other options if people are dubious about the attractions of dairying.”

An estimated 11% of the dairy workforce currently comes from overseas, so as the availability of foreign labour comes under pressure, there are serious concerns about who will milk UK cows in future, he says.

“A mindset change is needed that recognises farm labour is not just a commodity you buy off a shelf. You have to compete in the marketplace to sell the job and what your business can offer the employee.”

Three areas where producers need to compete to attract new workers are:

Andersons analysis of official pre-tax earnings figures for the UK suggests an entry-level herdsman job paying £27,500 (including the benefit of housing) is in the 60th percentile of average income – roughly equivalent to a construction worker.

This can increase to £46,000 for a dairy farm manager and £82,000 for the operator of a well-run dairy joint venture – equivalent to an airline pilot.

“We are competitive in this area, but few people know or shout about the money you can earn working on a UK dairy farm,” says Mr Houghton.

According to Office for National Statistics data, the average weekly hours worked in agriculture, forestry and fishing is 43.9 (47.1 for men only), which is well above the UK average of 32.1 hours.

As people increasingly value their time outside work, the sector may need to reduce the hours per employee to less than 40, which inevitably means paying more per hour worked.

Also consider other ways to reduce the labour hours needed to run the farm, such as new technology, well-planned rotas or different ways of working, he advises.

Dairy farming is not the easiest of working environments, so farmers must do all they can to make the conditions more comfortable for staff.

This can include making sure everything works as it should, workers are kept safe, and provided with a warm, dry place to have a break, with internet connectivity.

“It’s not just the physical things people value in a job,” says Mr Houghton. “Is your team fun and exciting to work in? Ultimately, the culture is a representation of the business and the leaders in the team.”

After being a lifesaver last year on many farms, maize crops present possibly the biggest question about dairy rations this year.

Hard frosts will have offered some the opportunity to chop after a fraught autumn in which tales of bogged-down machinery and abandoned crops have been too numerous.

Labour remains a major issue on farms and for the industry as a whole. Robotic units are the answer for some, while others are turning to progressive business arrangements to incentivise young people and attract the right staff.

Some of the industry’s leading lights are being attracted into dairying through contract- or share-farming agreements that see new entrants build capital in cows.

It remains to be seen whether this approach becomes the standard model.

Cow longevity and net herd replacement cost appear to be two big issues the industry has started talking about again this year.

Coupled with antibiotics reduction, this could mean the middle-of-the-road cow that is long-lived and goes unnoticed could become increasingly important in the months ahead.