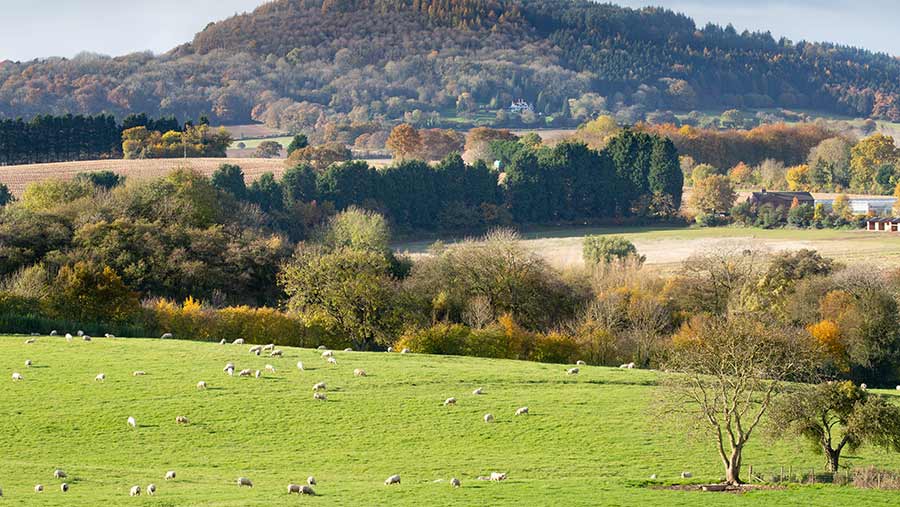 While the Brexit outcome will have economic implications, it is unlikely to alter farm support in 2020, says Andersons research consultant Caroline Ingamells.

Defra and devolved administrations have all stated the Basic Payment Scheme (BPS) will continue next year and the delays to Brexit mean any proposed “simplification” of the 2020 scheme (such as removing the three-crop rule) is now very unlikely.

“It seems all rules, including ‘greening’, application processes, timings, and forms will remain unchanged, whether there is a deal or no-deal outcome,” says Ms Ingamells.

See also: Natural capital on farms – what it is and how to value it

If a deal is reached, transition period rules require the UK to comply with existing EU legislation until 31 December 2020.

Although a clause states the BPS shall not apply in the UK for the 2020 claim year, Defra and the devolved administrations have prepared domestic legislation under the Withdrawal Act to ensure support payments continue. This can also be used under a no-deal.

While all rules and processes will remain unchanged until Defra and the devolved administrations introduce new agriculture policies, the mechanism for converting the value of BPS payments once the UK leaves the EU is unclear.

There may be a one-off renationalisation, permanently converting all entitlements to a Sterling basis. It is unclear what €/£ exchange rate might be used, but the September average, used previously, may not apply.

De-linking English direct payments from production and introducing a lump sum payment option were key proposals in the Agriculture Bill, which Defra plans to consult on this year.

The Bill also proposes phasing out direct payments in England over a seven-year transition period to 2028, and introducing the new Environmental Land Management Scheme, the design of which Defra is still working on.

Even if the Agriculture Bill is passed, it does not enshrine in law the current plans for future support. Proposals could change under a different government or Minister.

The Countryside Stewardship scheme remains open to applications for now and will continue in the first few years of the transition period, so farmers thinking about entering should not be put off.

Scotland and Wales have consulted separately on future farm policy.

The Scottish government’s consultation on future agricultural policy for the next decade, suggests only limited policy change during the immediate five-year transitional period, according to Andersons northern director Alex Caraffi.

Beyond that, policy will be based around small fixed rate payments topped up by schemes aimed at productivity, efficiency, skills, training and the environment and natural capital.

“It is perhaps hopeful that this will be enough time for the industry to evolve and make gradual change. Some businesses will, but those satisfied with their current situation may be more reluctant.”

The Scottish government’s decision to continue with the Less Favoured Area scheme in its historic guise is a big challenge that will see 2019 payments cut to 80% of the 2018 level and 2020 payments reduced to 40%.

“While Holyrood talks about protecting these areas, at the time of writing there has been no tangible move to mitigate this fall in funding,” says Mr Caraffi.

“Furthermore, the strain of Brexit and the prospect of another independence vote and its ramifications are not to be relished.”

Given the dominance of the sheep sector, Welsh agriculture regards the Brexit outcome with perhaps more trepidation than the rest of UK farming.

The production of light hill lambs traditionally sold into continental Europe makes it uniquely exposed to any changes in trading rules, while beef production is also important, and this too, could face significant challenges.

Key elements are still to be decided so the devil will be in the detail, says Andersons consultant David Thomas. “Even the most elegantly designed programme will be of little use if there is insufficient funding.”

There is, however, a welcome focus on business development, which combined with the strength of the Welsh brand could create opportunities for farmers.

“There remains a strong cultural connection between farming and the general population in Wales, with agriculture continuing to play a major role in attracting tourism and sustaining the Welsh language.

“These connections may be important in future, particularly when farming has to make its case against competing funding priorities.”