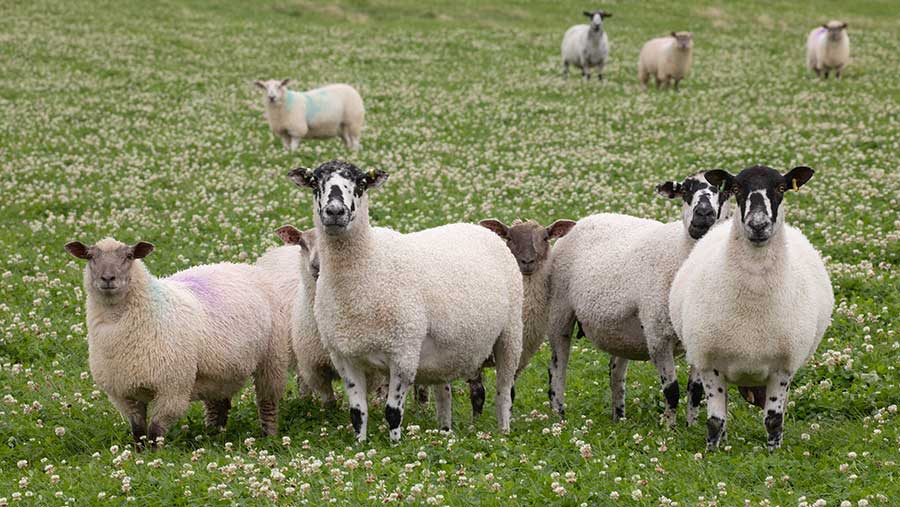 Sheep farmers are generally well supplied with winter fodder after an excellent season for grass growth, and ewes look to be in good condition for tupping, which all bodes well at a practical level for 2020.

Producers have been able to reduce concentrate use and bring lambs to market quickly, says Andersons’ David Siddle, with slaughterings at the time of writing up 16% on the historically low level seen in 2018, when the “Beast from the East” storm took its toll on lamb survival rates.

The smaller crop of lambs produced in 2019 – down 4% on the year at 16.5 million head – means it is likely fewer lambs will be carried forward into 2020 to be sold as hoggets.

“Relatively uninterrupted trade as a result of the anticipated Brexit deal could mean tight supplies in spring 2020, and good hogget prices. Alternatively, if we eventually end up with extra tariffs on exports and additional costs of doing business with our main export markets, it would push supplies into surplus, resulting in lower prices,” says Mr Siddle.

“The details of any deal are still unclear, as is the level of future government support to the sheep sector post Brexit.”

But with good forage availability across much of the country, he says many farmers appear to have taken an optimistic view of the coming months, as store lamb prices have so far exceeded expectations.

With UK consumers increasingly turning to poultrymeat and plant-based elements in their diets, exports to nearby European markets with good demand remain vital for the sheep sector.

Exports performed extremely well in 2019, with significantly higher volumes shipped to France and Germany, filling the void traditionally met by New Zealand supplies, which remain tight and are increasingly being sent to the expanding Asian and Chinese markets.

Mr Siddle warns it would be something of an “own-goal” if, due to Brexit, the UK sheep industry were not allowed to continue benefiting from these trade flows into Europe.

Aside from Brexit, the main challenge for the UK sheep industry is to narrow the gap between production costs and the price the market is willing to pay, while reducing dependence on support, he says.

Whole-farm costings, including family labour, suggest the average total cost of production across the industry is 210-215p/kg liveweight – well above the typical market price of 160-180p/kg.

However, Mr Siddle says the top 25% of producers can get production costs down to nearer 150-155p/kg liveweight, suggesting a genuine return from current market prices.

These more profitable farmers also have clear commercial objectives and selection criteria for breeding stock, which include:

The industry has probably learned that the effect of a drought – as seen on sticky breeding sheep trades in 2018 – is much greater than the possibility of an impending Brexit.

All efforts will be made in 2020 by animal health professionals and farmers to cut antibiotics use, both at lambing time and in the management of lameness.

Stock skills, colostrum production, silage analysis and hygiene all have a part to play in achieving antibiotics reductions without seeing a hit on productivity, say vets.